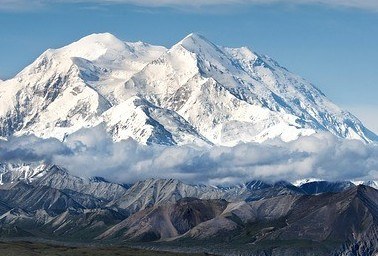 How do we measure success? Alaska success stories can be a bit different from those in other places. Here are some examples for you to enjoy.

When my ex-husband, Les, and I started a gift shop in Kodiak, we found it a bit like starting a website. We built an addition to our house for our shop, and as we lived on the outskirts of downtown, we had to find a way to bring in traffic to our location.

It was toward the end of the turquoise craze. We’d gone to Arizona and found some wholesale jewelry sources. Now we had to sell our selections. People needed to know we carried turquoise.

One night we took a small tray containing 36 rings to a downtown bar. In three hours, we made $310.00 plus a wolverine hide. Life has its ups and downs. We were pleased with the day’s “take.”

That night in the bar started a tradition. When we ran low on cash, we’d take some jewelry and go to one of the local bars. This technique worked well, and I used it for all the years we lived in the area.

We loved trades, and when we couldn’t trade jewelry for money, we’d find other lucrative ways to enhance our earnings. Off and on, I’d trade 5-string banjo lessons for seafood. 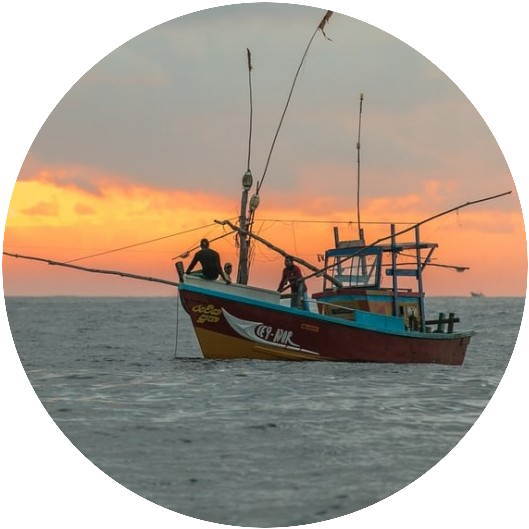 One summer a friend took lessons every time he came home from a commercial fishing trip. He would bring me enough fresh fish to last for several days. We stocked the freezer for the winter from my “earnings.”

Then, another friend came by and wanted to pay cash for banjo lessons. I told him I’d only give lessons for fresh fish. A couple days later he came over after he got off work from a local cannery.

“How many banjo lessons can I get for this?” he asked, and flopped a frozen halibut weighing at least 100 pounds onto our picnic table.

I believe we got the better end of that deal, as I offered him two lessons. He took one of them and never came back for the second one. I guess he decided banjo wasn’t for him.

I must digress and tell you another story about this same man. He claimed I couldn’t beat him at cribbage, because he was undefeated. Of course, I wanted to find out if he spoke truth, so immediately challenged to a game.

About 3/4 of the way through the game, I had moved so far ahead that it appeared I would double skunk him (if you don’t know cribbage, that is a humiliating defeat.) Suddenly he looked at his wristwatch and said, “Oh, no, I have to leave right now. I’m late for a meeting.” So he left in the middle of the game, and I couldn’t claim I’d defeated him.

He would never play me another game. 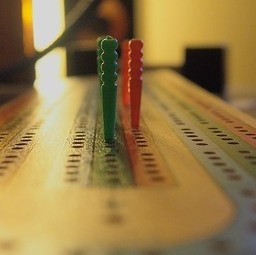 We might not have had much money, but we were rich in the things that mattered — good friends, good times, and good experiences. We truly had a successful life.

When Les and I separated, I went to our Spruce Island land claim, and with the help of friends, built my house. It graced a lovely beach; my nearest neighbor (and the only one) was a quarter of a mile away. The village of Ouzinkie lay about a mile and a half in the other direction.

One year I went through three gasoline generators in a single year, and decided it must be time for a diesel generator. I could tell you the story of the process I went through just to get the genny to the house and installed, but will save that one for later.

However, I do have a story that demonstrates the power of persistence. It is a great example of reaching a goal by finding a unique solution to a problem that stands in the way of your success.

Once we got the genny installed under the house, I was told that I needed to get a large fuel tank for it. A friend in town would get the machine going for me, but I needed to go to Arc ‘n Spark in Kodiak, and ask Glen Dick to weld up an aluminum tank. I measured the available space under the house and went to town to get it built.

I took my plan for the tank to Glen. “What will it cost me to get this tank built?” I asked.

“We can build the tank for 300 to 400 dollars,” he answered. But when it was finished, the welder who did the job priced it out at over $600. After a harangue with Glen, we reached an agreement. I could have the tank for $500.

The problem was, I didn’t have $500. I said, “Look, Glen, I don’t have $500, so we need to do some creative financing. Can I set up a table of jewelry in front of your business for a couple of days to see if I can sell enough to pay at least part of the bill that way?”

“It’s okay with me, if you want to try,” said Glen. “I’m not sure if you’ll get much business, but give it a shot if you want to.”

So I came the next day and set up my display. In a couple of days I’d raised about $300. The welders seemed to like having the jewelry there. So did Glen’s customers. They’d come by and look, and then tease Glen about his new line of business.

Now I only needed a couple hundred more. I said to Glen, “Don’t you need a little stockpile of gifts for special occasions for your wife?”

“Maybe I do,” he said, and made a little list of the occasions when he’d need to give her gifts. We agreed that I would set up at noon the next day and he’d bring Beth in to see what she liked. 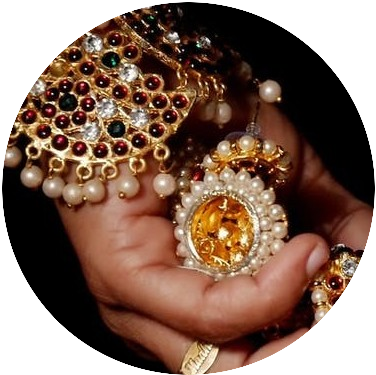 The next day Beth came in, and found several things she liked, but to Glen’s surprise, she gave me a check and bought them all and took them with her. When she left, Glen was left scratching his head and saying, “Gee, that didn’t work out quite the way I’d expected.” But I got my tank paid for in full.

Many times when I’ve reached a barricade to my success, I’ve thought of that particular story and resolved to find a solution to my current problem.

Often goal achievement on my Banjo Beach homestead had to do with hauling in supplies. Since I built my home on a small island, I had to figure out a way to get everything there. I could go by boat or by plane. Winters, I most often moved supplies from Kodiak to Spruce Island by float plane.

Over the years when I lived in my cabin, things changed, yet they stayed the same. Hauling supplies to Banjo Beach remained a labor-intensive process. Here is an anecdote from my journal that was written on Christmas Eve of 1999, 20 years after my move to the cabin:

I came home two days ago on Dean Andrew’s new Beaver. Being the winter solstice, we had the highest tide of the year. Dean tried landing at my beach, but because of the strong tidal surge, he feared dents in his new plane. So we taxied out and he said, “I’ll have to take you back to town and try to bring you home at the end of the day.”

I must have put just the right tone in my “Oh, I’m afraid I won’t make it home for Christmas” whine, because he said, “What about that beach next door? (Eskimo Cove.) Can I put you in there?”

He taxied into the Cove and got out to turn the plane around. “I don’t know,” he said. “There’s still a lot of surge here. Can you hold her tail up while I unload?”

Just then we heard a shout from the hillside. Caretaker Greg dropped the two boxes he had carried home from Ouzinkie and ran down the hill to help us. He held the tail of the Beaver off the rocks and logs while Dean and I relayed cargo as fast as we could.

I guess I neglected to mention that I had 550 pounds of boxed freight. I also had a metal cat carrier containing Maxine, my small Siamese cat with large opinions. She voiced those opinions about flying in general and this plane in particular for our entire flight.

Our freight and Her Highness had to be moved from the plane to shore, then across the beach — now nonexistent because of the high tide — across the flooded creek, and over the steepest hill on the trail to my house.

We got everything ashore and Dean took off. A shout again, this time from the other direction. My neighbor, Bob, appeared. Actually, he had incentive to meet me, as I had picked up some Christmas cheer supplies that he wanted from Kodiak. Bob ended up 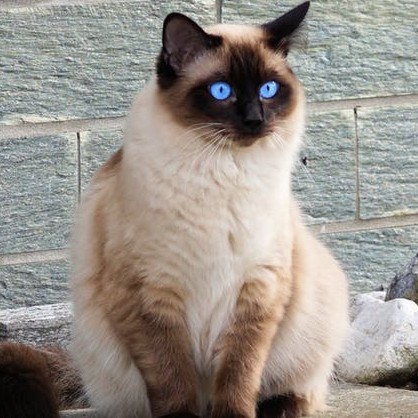 making three trips over the mountain with us, helping us haul cargo home.

Greggy brought over my toboggan for the heavier stuff. It took us almost three hours to get everything to my house. But, joy of joys, I made it home for Christmas! Now, there is a good example of successful goal achievement!

I do believe my 20 years of living on my homestead taught me many skills that are very helpful in my internet business. I am persistent; I do not give up easily. I am good at finding new, innovative ways to accomplish a task. I have an attitude that anything will work, if you just figure out how. The recipe for success includes many ingredients taken from real life.

My current recipe includes training and support from the company hosting my website, Wealthy Affiliate. To learn more about the company, click on the link below.

32 Replies to “Alaska Success Stories Can Be Unique”