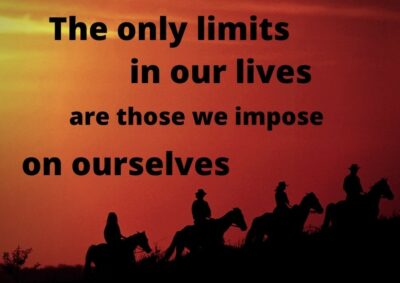 I have been fortunate in my business-building journey. Many years ago, I met Bob Proctor. I would recommend to any of you who desire an insightful journey to success to take advantage of some Bob Proctor coaching. I believe the man changed my life. 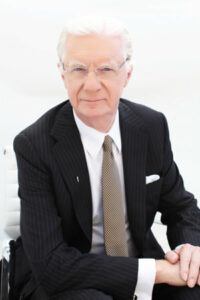 Bob Proctor was born in Ontario, Canada, and got off to a slow start. By the time he was 26, he was a high school dropout, had trouble finding a job, and had no clear idea of what his future would be.

Then he read Napoleon Hill’s “Think and Grow Rich,” and this book caused a turning point in his life. He began taking cleaning jobs. He started cleaning offices for many companies for the next year, and then opened his own company. He and his employees washed floors in many corporate offices in Canada, the United States, and England.

In 1961, he started working for Earl Nightingale, because he wanted to learn from the man. Eventually he rose to the position of Vice President of Sales.

Earl Nightingale’s organization taught personal growth and development, and after working for him and learning from him, Proctor decided he should open his own company to give seminars and motivational lectures on the subject of self-help.

Later, after 40 years of experience in the personal development field, Bob launched the Proctor Gallegher Institute with Sandy Gallagher. This institute offers coaching courses and self-study courses that teach how to use the power of one’s own mind to create the ideal life.

Proctor explains that, though he believes everyone should live a lush, abundant life, his work is not just about money. He also attempts to help people improve the moral and ethical aspects of their personality. He tells you that if one concentrates on giving genuine help to others, the money will come automatically.

Bob has a clear explanation to offer of how our human mind works. It is his belief that in order to be successful, people need to understand these

concepts. He teaches us the difference between the conscious mind and the subconscious, and how our capabilities are affected by these two parts of the brain. He reminds us that, for success, we must always have a positive attitude.

Proctor stresses that we need to use imagination and creativity, since that can be where our individual uniqueness lies. He lists focus as a prerequisite for any achievement. We are told that our self-belief is vitally important. He says every person should realize and acknowledge their self-worth and capabilities.

Bob believes in the unlimited potential within us all, waiting to be tapped. He has written several books on the subject, including You Were Born Rich, Mission in Commission, The Goal Achiever, The Winner’s Image, The Recruiting Puzzle, The Success Puzzle, The Success Series, and Being the Very Best.

He worked with Michael Beckwith and Jack Canfield, authors of Chicken Soup for the Soul. With their help, he created a course based on the Science of Getting Rich program.

You may have seen The Secret. Bob Proctor was one of the actors in that movie, and also collaborated on the book. He also teaches about universal laws, and is considered an expert on the Law of Attraction and the Law of Vibration.

This man is one of the most influential figures in the field of self development. Take a lesson from his life. He went from being a high school dropout and unemployed to being one of the best motivational teachers the world has known.

I am including a YouTube video of his You Were Born Rich seminar at the end of this post. Please watch it, as it may change your life.

How I Learned About Bob Proctor

Many years ago, my six-year-old daughter, Sandi, drowned. As you can imagine, that loss was a devastating blow. I could not understand how such a thing could happen. I struggled with my beliefs about the world and life and knew I would have to find some answers.

I did some reading and a lot of thinking. Finally, I developed some changes in my belief system based on what I could accept as truth. I did not have an 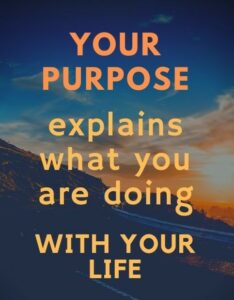 easy journey, but one I had to make at the time. Then, after coming to terms with my beliefs and reality, I slowly recovered.

Many years later, I joined an MLM company, Nikken, and became an active member. One day, I heard a man named Bob Proctor give a motivational talk. Bob outlined ideas I had had since Sandi’s death. I was blown away! I had no idea that there were other people who looked at life and people the same was as I.

I found every motivational tape the company had that was done by him. He spoke to my heart. I had written a book about building my own house on Spruce Island in Alaska. It was called Whistlestops and Windows to your Soul. In places in the book, you can find some of the ideas that Proctor teaches.

I even sent Bob a copy of my book, though I have no idea if he ever got it. At one company event, I got the chance to meet him and shake his hand.

Then I learned he had a year-long mentor study program, and I signed up. In the program, we each received one book a month, which we read. There were four conference calls a month between Bob and us, his students, in which we listened to lectures on the book.

Sometimes Bob brought the author to one of our conference calls. Then, at the end of the call, we always had time to submit a few questions of our own. As part of the class, we received a large binder of lessons that went with each book, with information about the selection and questions we had to answer or exercises we were required to do.

That course is excellent, and if any of you are interested, please get the information online and take the course yourself. You can benefit greatly from his teaching, and the books are all inspirational and full of good information.

Below is a video from YouTube of Bob’s You Were Born Rich seminar. Warning:  Watching this video can change your life.  I know Bob Proctor changed mine.

The quotes used for images in this post are all from Bob Proctor.

14 thoughts on “Change Your Mindset With Bob Proctor Coaching”