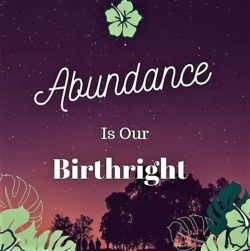 Do you have unfulfilled dreams or desires? Do you know how to get what you want from life? There is a pathway you can follow that will help you reach your heart’s desire, if you just have faith and focus.

During the 20 years I lived on Spruce Island, I had a special meditation place. I followed a secret trail through my meadow to a spot where large trees grew as if in a park, well-spaced and magnificent.

My favorite tree there was the biggest in the area…what I thought of as the “grandfather tree.” This tree was huge, with branches that grew to the 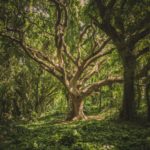 ground. At the base of the tree, the branches were spaced well apart, and one spot in particular was the perfect place to sit.

I’d sit between the branches on a mossy cushion and contemplate life. I called this tree “Your Treeness” and regarded the seat between its branches as my church pew. If I had a problem, I found that by sitting in the quiet forest and asking for the answer, I often felt it enter my mind.

Because the atmosphere was so calming, I sometimes wrote out there. This story is one I wrote a long time ago, while sitting under “His Treeness.” It’s a bit of information about the laws of the universe.

How many of you have heard of Napoleon Hill? He wrote a book called, “Think and Grow Rich.” Are you familiar with it? Mr. Hill spent 20 years of his life studying 500 of the world’s most successful people, and wrote his book about what he learned from them.

In “Think and Grow Rich,” Mr. Hill said, “Anything the mind can conceive and believe, it can achieve.” To phrase it differently, if we dream of a full, abundant life, and we believe we can have it, so it will be.

All religions teach us that there is an infinite source of supply. Abundance is actually our birthright. So how do we create this abundance in our lives? 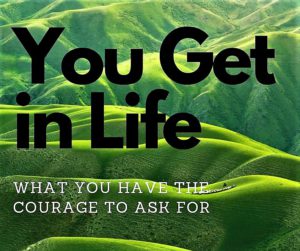 The universe is governed by laws that are constant and unchanging. To gain the abundance we desire, we must do so in accordance with those laws, and there are several of them.

The Law of Attraction tells us that like attracts like, just as two molecules of water, when brought together, become one. In like manner, we draw to us the things on which we focus and to which we feed energy, because those things are vibrating in harmony with us.

Do you see a connection between those two laws and how you get what you want from life? You build a picture of your desires; become emotionally involved with that picture, and what you picture will start to come your way. 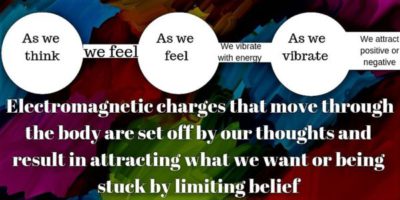 You can design your own life. When you can visualize your heart’s desire and hang on to that idea in your mind with belief, what you want will start to move into form. Then let go and let God!

There is one other universal law that I’d like to mention at this time. This is the Law of Gender. This law governs what we call creation. You are the co-creator of your reality. According to the Law of Gender, all the success you want in life already exists.

Remember, the Bible and other great religious books tell us there is one infinite source of supply. Everything comes from and is made up of the same energy. Therefore, the good you desire is already in existence. It may be currently in a different form, but it is here nonetheless. All you need to do is access it and manifest it. 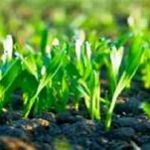 Belief and faith in the idea will eventually pay off and what started as your thoughts will manifest themselves into your reality. Positive prayer is a helpful tool for you to use here. Prayer shapes your wishes into form.

Now I want you to take a little journey with me. Remember when you were a little child, and you had such a vivid imagination? You had all kinds of dreams about what you would do, be, and have, when you grew up. As you grew up, very often that vivid imagination was pushed more and more into the background as the reality of your present circumstances got in the way.

Try to make believe you are again as you were as that child. Let your imagination run free, and remember all the dreams you have buried away somewhere in your mind because you’ve decided you would never see them become real.

Find a small piece of paper or, ideally, a 3 x 5 card. I’m going to ask you a question and I want you to think about it and then write your answer on the card. Here’s the question:

If you had unlimited time, money, and freedom, what would you be, do, and have ?

Now think about those dreams and then write down your answer…

Do you know you have actually completed the first step toward acquiring the dreams you wrote on this card? There is a process you must go through to achieve a dream.

First, you establish it as a goal. In order to reach that goal, you need to be very clear about what it is, so you write it down with as much detail as possible.

Then you focus on that goal; get involved with it in your imagination; see yourself as already having that goal. Imagine it over and over again. Visualize it as already being so.

Then take action to move yourself in the direction of your goal. As you do so, you will find that doors begin to open to lead you on your way. Think it; believe it; watch it happen. Our results in life reflect what we believe. We can get our lives in balance by changing the way we think. 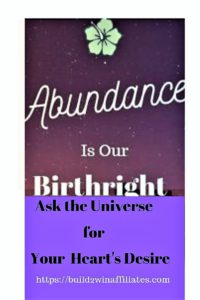 6 thoughts on “How To Get What You Want From Life”