Would the real founder of Profit Genesis please stand up and introduce himself?

I saw a notice online from a company that said they could show you how you could make $5,000 week after week consistently with their simple system. My investigation of this company revealed something very interesting. Read my Profit Genesis 2.0 review to learn more.

This type of offer that seems too good to be true, often is just that. I decided to investigate.

First, I checked out reviews. The very first one I read announced, loud and clear, that this company was a scam, and not to get involved. So, I decided to go to the source. I entered “profitgenesis.com” into my address bar.

I arrived at the Profit Genesis site, owned by a man named Anthony Campos, Ph.D. He classified himself as an educator who marketed knowledge.

I read through a series of posts about the steps needed to build a website. His information was good. I took notes, as he had many good points. 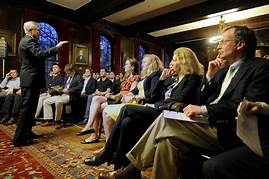 This website is very plain — no images; long paragraphs. I think he wrote it more as an educational article rather than writing on an online website. He does make the point, though, that he considers himself an educator.

Though his paragraphs took a bit of wading, the salient points are good ones. I saw nothing about a system that would make you $5,000 a week. I saw no hype at all. He did have an ebook for sale called Money Machine — a Full Course in Creating Your Own Informational Product. The charge was $17.00.

Now I was confused. I went back to look at the review again.

The reviewer’s title was, “Is Profit Genesis a Scam or Legit?” Then in the beginning of the article, he lists the product as Profit Genesis 2.0. However, in each subtitle of the post he refers to the company as “Profit Genesis.”

What is going on here?

All the rest of the reviews on Google were designated as Profit Genesis 2.0. They mentioned an owner named David Miller. I then realized I was looking at two different websites here. One, owned by Anthony Campos, is an educational site designed to train you on how to set up an online business.

The other, said to be owned by David Miller, promised riches in minutes. Which would you believe to be honest, and which a scam?

Then I found the Profit Genesis 2.0 (or Reloaded) site and watched their introductory video. First of all, several times during the video, he calls the business “Profit Genesis.” No Reloaded; no 2.0. No wonder the reviewer got confused and referred to the company simply as Profit Genesis.

I think the owner of this Profit Genesis 2.0 liked the name, so he just took it, adding something to the end so he could find a domain. Perhaps he used the name without doing research so he didn’t realize it was already taken. Then he used it freely in his video as “Profit Genesis” because that was what he really wanted to call the site.  Who knows for sure? 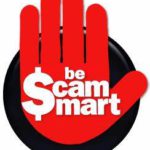 So how honest is Profit Genesis 2.0? Is the owner David Miller? Or is it Russell Hill? On one set of the training videos that come with the first course you buy, the name is Russell Hill. On another, it is David Miller. Are either of them real people?

Here’s the reason I ask that. In my opinion, the many testimonials on his site are likely made by paid actors. This is something that many companies do, and David Miller/Russell Hill is no exception. For example, one reviewer showed pictures of the same man from one of the Profit Genesis testimonials appearing on four other websites.

In the video, you are reassured that you will learn a simple system built around an internet loophole that will allow you to make money quickly. But, wouldn’t that be considered black hat?

Throughout the Profit Genesis video, you get no information about what the company is about, or what you will be selling. David Miller says he has been around for about 5 years with his site. He says he relaunched it, naming it 2.0. Is he trying to claim the original Profit Genesis name as his own?

You are not told there will be work involved. You just pay $37.00 and go to the member’s area. There you will find upsells waiting for you.

Basically, according to one reviewer who must have bought the initial course, this is a drop ship course that teaches nothing new. The basic process is the same as in many other businesses. I buy the products and then ship them to people who live in other parts of the world. I buy products cheap. For example, I might buy from China’s Alibaba, which is their answer to Amazon. Then I ship them to the end buyer.

So, no work? Which products will I sell?

How will I ship them?

How will I get traffic to my site to see what I have to offer?

Does he train me in SEO, and how to find traffic sources?

Do I have to buy the products I sell, or is this an affiliate marketing site?

His video focuses on emotional reactions, and uses phrases designed to draw someone in. The video informs the viewer that one can work this system to make it 100% on autopilot. He also claims someone can start a business in 15 minutes.

If anyone has any experience with building a website and starting an online business, they will know that his video is full of horse-patooty.

Why are people taken in by such claims? I guess they just want to believe because they want it to be true.

When I analyzed this video for useful information, I found none.

Interesting: After all the hype about how much money you will earn, you will see an earnings disclaimer in the small print at the bottom that says, “There is no guarantee that you will earn any money using the teachings and ideas.” 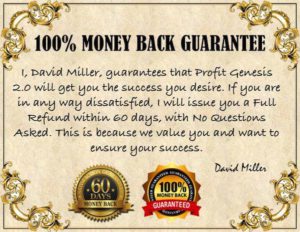 You are told you can get a refund

There is a training course provided

High income claims next to impossible

Claims the business can be 100% automated

Information presented is shallow; doesn’t really tell you what the company is about

I have drawn the conclusion that this man, whoever he is, may have used another person’s website name.  Buyer, beware!

If you want a business that will give you a thorough grounding in how to build and monetize a website, read my free report. This is my choice for an online business, and I love it. If you like what you read, click on the banner below and investigate the company.