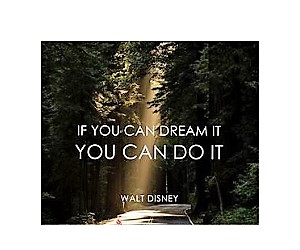 Why are goals important for success? You need to have a road map of your journey before you start. Your goals provide you with a destination, and you will be able to move forward with clarity. If you don’t know where you are going, you can’t get there.

Here is a story about an older man who persisted until he reached his goal. He was a senior citizen from Kentucky, broke, living in a tiny house. He had an old junker for a car, and lived on $99 social security checks. He was 65. He made a decision that things had to change.

He thought about what he could do. As his friends had all raved about his chicken recipe, he decided this recipe might be just what he needed.

He got in his junky car and left Kentucky, traveling to many places, and trying to sell his recipe. He offered to let restaurant owners try his recipe for free, and just give him a small percentage if the chicken sold.

The poor man heard “no” over a thousand times. However, he didn’t give up. He believed his recipe was a special one. Finally, the 1009th person he asked said yes.

With that success, Colonel Hartland Sanders changed the way we in the United States eat our chicken. Kentucky Fried Chicken, known to all as KFC, was born.

Colonel Sanders had a goal, and by keeping his eye on the goal, he moved forward in spite of obstacles. By going around the obstacles our destination again becomes clear. 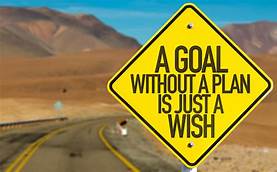 Write down your goals. If your goal is not written down it is a wish, so write it in specific and personal terms. Remember that a worthy long-term goal is located somewhere between inspiration and fear.

Write your goal on a 3 x 5 card and keep it with you. Read it from time to time. You might want to plan a time limit for achieving your goal, as a time limit will give you a sense of urgency. By writing down what you want, you align with your purpose in life.

Set long-term goals lasting for months and years. Then outline a week’s activities, and divide your week into day-sized pieces.

When you first start, try setting a goal for each hour, to see if that keeps you on track. I use a Day-Timer for the hour-to-hour schedule, as I have learned to check it regularly. Do whatever it takes to prime your pump.

Write out a short commitment to your goal and paste it to your bathroom mirror. Then read the commitment out loud each morning.

Now add affirmations to your goals, once you have them set. Read these affirmations morning and night. They will help reprogram your mind to the belief that you can reach your goal.

For a reality check, consider this: Right now you are living what you have been thinking. Are you on the right road?

If you are not satisfied with your thoughts, that is something you can control. You can change what your thoughts will be. You can also choose your actions.

With choice, you have freedom. With no choice, you lose that precious commodity. Think how lucky we are to be able to create our future through ideas, goals, and concepts that can improve our future and our way of life.

William James said, “The greatest discovery of my generation is that human beings can alter their lives by changing the way they think.”  Let your thoughts take you in the direction you want to go.

Remember to keep visualizing that goal; thinking about it and living with it. The higher your level of passion and commitment to your goal, the more you desire it, and the clearer picture you have of it, the faster you can reach it. 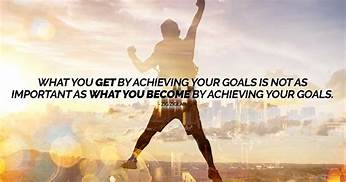 If your attitude is not as positive as it should be, think about some part of the goal that really excites you. Think about what action steps you need to take to move forward immediately.

When you set your goals, bear in mind that they are subject to the Law of Gestation. This law tells us that all seeds have a gestation and an incubation period. Your goal is the seed you wish to grow.

When we plant ideas in Universal Mind, we are affecting the whole universe. Don’t stop the flow by saying, “I can’t.” It is time to accept the possibility of the impossible.

Norman Vincent Peale said, “successful people have a goal. No one can get anywhere unless he knows where he wants to go and what he wants to do or be.”

There are countless success stories about people who set a goal and persisted until it was reached. They fix in their minds a place they have to go.

Thomas Edison, American inventor, is credited with more than 1,000 U.S. patents in his name. However, when he was a young child, he was sent home to his mother. The teachers said he was “too stupid to learn anything.” His mother then home schooled him.

Edison’s greatest accomplishment was the invention of the light bulb. He tried and tried and would not give up on finding a solution. He said, “I have not failed. I have just found 10,000 ways that won’t work.”

On Walt Disney’s first job, he was fired because his employers believed he had no imagination. He was turned down by 300 banks for his theme park idea. He was bankrupt at one stage, but kept his determination to succeed. Today, his creations are worth millions.

J.K. Rowling, now one of the richest women in the world, once depended on welfare. Her first Harry Potter book was rejected by a dozen publishers.

It was published by Bloomsbury, a small London publisher, who only did it because the eight-year-old daughter of the CEO started reading the manuscript. She loved it so much she begged her father to publish it.

Orville and Wilbur Wright, who successfully developed an airplane that could fly, were mocked and laughed at when they first attempted a flight.

After many failed attempts and plane prototypes, and many failed years of experiments, they were finally successful. They said, “If we worked on the assumption that what is accepted as true is really true, then there would be little hope for advancement.”

Winston Churchill struggled with schooling. He failed sixth grade. When he began running for office, he was defeated in every election until he became Prime Minister at the age of 62.

He said, “I am an optimist. It doesn’t seem too much use being anything else.”

These stories came from an article in https://lifestylerefocus.wordpress.com.

If you have a dream that you think about first thing in the morning, much of the day, and last thing at night. you have the type of dream that can change the world.

How can you remain actionable for your goal? If you want to develop a positive attitude towards it, choose an accountability coach.

Pick someone you really trust. Your choice needs to be someone who is honest with you, but who avoids negativity. Meet with them once or twice a month to talk about your progress.

You can form a mastermind group also, including your coach and a few other like-minded people who are also working toward meeting goals. Such a group can be very helpful, as you can bounce ideas off each other.

To stay on track, each evening before bed, or each morning when you get up, write down six things you want to accomplish that day. Look at your list regularly and cross of the things you have completed. If you utilize this process regularly, you will find that it helps keep you focused during the day. Keep moving forward — if you sit still, the ones who are behind you will run over you.

Remember what Napoleon Hill said: “What the mind of man can conceive and believe, he can achieve.” Goals are the very basis of success. We are like ships at sea. It is estimated that 95% of us can be compared to a ship without a rudder. These people are subject to every shift of 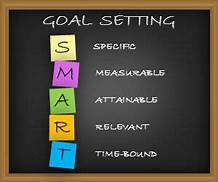 However, if we have a steadfast goal, and have decided on a destination, we can sail straight and far and accomplish our dreams through our consistent efforts.

Make it your goal to succeed in an online business.  Then take a look at the company I have chosen.  You may find it is just right for you.

14 thoughts on “Why Are Goals Important For Success?”